Blackjack is a game of skill. Card counting in decks can help players gaining an advantage in the game. Edward R Thorp is considered the father of card counting. He discovered the principles of card counting and published his method in 1962 in his book Beat the Dealer. His book started the Blackjack revolution and it was also instrumental in the casinos taking action to ban card counters. Card counting is not illegal but casinos can ban players from playing blackjack if they detect that a player is counting cards.

Blackjack cards remaining in the deck

The concept of counting cards is simple. Each rank of card is assigned a point value and the card counter adds or subtracts those points to get a “running count” to determine if the deck is positive or negative. There are many different card counting systems used by the players. They are all designed to keep track of the high and low cards left in the deck. The values off to the cards determine whether a counting system is balanced or unbalanced. A balanced card counting method such as the popular Hi/Lo values a complete 52 card deck as zero. When you use a balanced counting system you keep a running count of the cards as they are played but you then have to divide running count by the number of decks not yet played to get the true count. With an unbalanced method such as Speed Count or Knock Out (KO) the total of the 52 card deck does not add up to zero. A player starts with a predetermined number to tell him when the deck is positive or negative instead of using zero as a starting point. The advantage to using an unbalanced method is that it is simpler because you don’t have to estimate the remaining decks and convert to the true count.

Being a successful card counter takes more than just being able to keep track of the cards. Many players find that they can successfully count a deck in the privacy of the quiet home but then have difficulty in a noisy casino with all of the distractions. Camouflage their play also is a very important ability for a Blackjack player so he can go undetected by the casino pit bosses.

Being realistic is very important for a Blackjack player. Card counting will only give him a one to two percent edge over the house and the advantage he gains by card counting is based on the long run and your given results during any single session can vary greatly. When the deck is positive they dealer has just as likely a chance of getting the high cards as you do.

Play live blackjack with the girls of 888 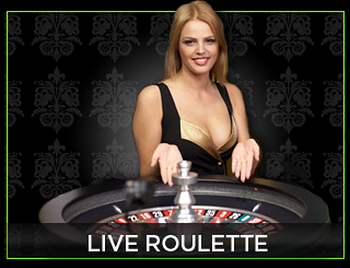 All you need to do is play €20 on the Common Draw Black Jack Table and you will get €5 bonus each day!